Participating in performing arts builds confidence and improves presentation skills. Playhouse 38, home to the Geneva Park District’s theater program, offers children and teens the opportunity to become creative, expressive, and confident on stage through a variety of performing arts classes. In addition, Playhouse 38 hosts four musical and non-musical youth productions each year. Auditions for those ages 7 to 18 are generally held 1 month prior to performance dates. All skill levels are welcome! 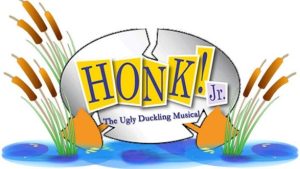 We are excited to announce our new Artistic Staff!

Director: Jacque Lueken
Jacque is ecstatic to be joining the Geneva Park District to direct Honk Jr.! She received her BFA in Acting from Syracuse University and, upon graduation moved to Chicago to work with Steppenwolf Theatre Co. as the Asst. Coordinator for their summer acting intensive The School at Steppenwolf. Since moving to Chicago, Jacque has directed and taught with numerous companies including CCPA at Roosevelt University, American Theatre Co. and After School Matters. Jacque served as a Mentor with Redmoon Theatre Co.’s Dramagirls Program, the Anchor Artist for Teaching Lab Collaborations at The University of Chicago, is a founding Collective Member of Ag47 and spends her summers directing plays and musicals at Long Lake Camp for the Arts (Noises Off!, Pippin and The Little Mermaid are just a few of her camp faves!).

Tanya Osika put on her first dance shoes at the age of three. She never imagined her first dance routine including mouse ears and tutu would initiate such a strong love affair with dance. From classical ballet to tap, Tanya’s insatiable desire to learn has led her to study almost all forms of dance. Growing up in the dance studio and the competitive dance world, Tanya had the pleasure of studying dance with talented choreographers and master teachers such as Mia Michaels, Doug Caldwell, and Jay Fagan. Tanya is also a national award winning performer and choreographer and truly adores teaching and inspiring others to pursue their dancing dreams. Tanya is passionate about continuing her dance education and attends Rhythm World workshops annually where she has been able to study tap technique with artists such as Derick K. Grant, Dianne “Lady Di” Walker, Bril Barrett and many more talented tap dancers. Tanya had the honor of studying jazz dance with Chicago jazz legend Nan Giordano and completed the Basic and Beginning Level Teacher Certification Programs.

Assistant Director: Ashlyn Garrity
Ashlyn Garrity is a senior at Batavia High School.  Theatre is her favorite hobby, and she is so happy to be helping with Honk Jr.!   She will be attending Lawrence University for performing arts this fall and is so excited to be working with this cast and crew.